How to Aim When Bowfishing - Catch Them Easy
0

How to Aim When Bowfishing 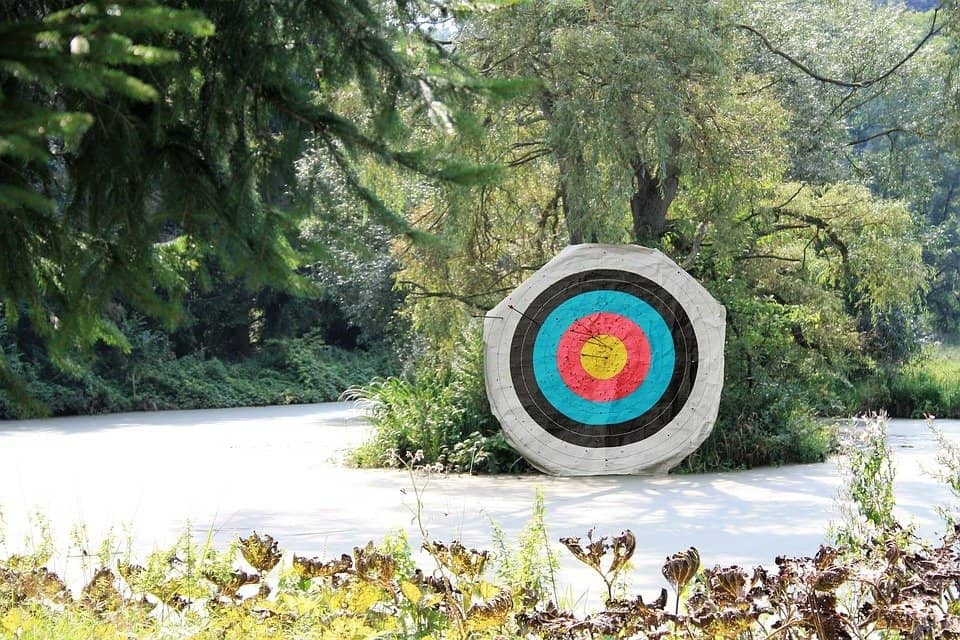 ​When you have got all your equipment together, and you’ve got to grips with the basic theory and ideas behind bowfishing, it’s time to take to the water and put your new knowledge into practice with your bow and arrow.

Although the history and theory behind bowfishing is relatively straightforward, getting your aim right and carrying it out is an entirely different story! To get it right, you have to apply a little high school science… yep, that’s right – it is actually useful for something!

When you were being taught about light and its properties, your teacher probably used a lens, a glass of water or some other transparent object and showed how they can bend light rays. This is known as refraction, and it is something which applies to bowfishing, and it is an important variable which you need to consider when taking aim.

Some of you may have had better things to do or be paying attention to when the teacher was explaining refraction, so we’ll go over it briefly here!

Defined as “a change in direction of wave propagation due to a change in its transmission medium”, refraction is the scientific phenomenon which causes objects underwater to appear in a different position than where they actually are when viewed from the surface - you can test this out for yourself by placing a plastic straw in a glass of water.

When you are trying to spear a fish or bowfish, accounting for refraction can be the difference between securing a catch or missing it by a hair. Fortunately, there is a simple rule which you can use to take refraction into account: aim low.

Aiming low is a good starting point, however, it also depends on how far below you the fish is, and you will also need to take into account the angle of your approach, the water’s depth and the size of your target fish.

All of these different considerations can make aiming rather difficult, especially when you have to aim your bow and release the arrow quickly before the fish disappears. ​One thing that can help make things easier when waiting ​to aim at a fish, is ​by using a special rest ​for your arrows. Bowfishing is definitely something which takes a lot of practice, and you are going to miss the majority of your shots when you get started. Over time, however, you will get a general feel for it and start to perfect your aim.

For each estimated foot of depth between the water’s surface and the fish, you should aim around six inches below your target fish. This is assuming that you are aiming your bow at a 45-degree angle.

It is something which takes a lot of practice, however, when you have been at it for a while and have got your first few catches in using the bowfishing method, it is something you will very quickly perfect.

There are a lot of different bowfishing hotspots throughout the continental United States and given that states generally don’t apply hunting rules to bowfishing, you have a lot of choices when it comes to choosing a place to test out your aim.

Whilst many states have numerous different places which are excellent bowfishing spots, we have narrowed down a small list of what we believe are the very best places anywhere in the country.

Texas is the home of lots of big fish and this makes it the very best place in the country to practice your aim. The state is a huge magnet for bowfishers with Trinity River, Lake Texoma sand Choke Canyon being the hotspots.

In Florida, you should head down to the St. John’s River where you will find some of the largest species of fish the state has to offer. Be aware, however, that you do need a license in Florida in-order to fish, including bowfish.

Lake Guntersville is fed by the Tennessee River and offers many large species of fish and even alligator gar, although you can only catch one alligator gar per person. Lake Guntersville has been the home of many a bowfishing-related world record. In 2015 a grass carp weighing an eye-watering 93 pounds was caught during a bowfishing tournament taking place on the lake.

Bowfishing, whilst conceptually simple, is rather difficult in practice and takes lots of trial and error before you can begin landing trick shots and bringing home a catch. Don’t be put off by this though, it is a great sport and a breath of fresh air from plain old fishing.

Best Type of Weapons You Could Use in Hunting that Most People Would Forget
Top 5 Best Hunting Shows On TV Of ALL Time
What Does It Mean When You See a Cardinal Bird?
Top 5 Best Fishing Kayak Under $800 Reviewed for 2020