Trail cameras or game cameras are simple, useful tools – “hunter’s best friend”, many say, but what do these devices actually do and who are they for? Even if you’re not too familiar with trail cameras, rest assure that you’ll find out absolutely everything you need to know right here. To put it simply, these hunting devices record images (photographs or videos) when objects move past them. But, that is not all these devices can do.

Let’s get straight to the point. Although picking the right camera greatly depends on your personal needs and preferences, some things are universal – that is, no matter what your budget is and regardless of ​how you intend ​to use the recorder, there is a hunting trail camera out there for you.

Let’s take a look at our picks and reviews of the best trail cameras on the market.

​Reviews of the Best Trail Cameras​ 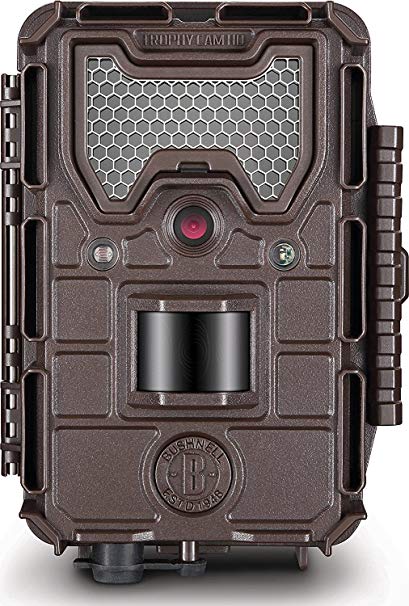 Primarily meant for deer hunters (because it fires more pictures than any camera on our list), the aggressor is an eclectic combination of user-friendly controls and high-end features. And guess what – it doesn’t cost too much. This isn’t exactly a beginner camera, but intermediate users who want a powerful device will absolutely love it. The sturdy build is one of its strongest features, making the Aggressor one of the strongest and most durable recorders we’ve ever tested. It looks like a powerful piece of technology and that is exactly what it is.

With the resolution of 14 megapixels (video resolution: 1920 x 1080p) and highly efficient time lapse technology, which allows the user to pre-set intervals at which the device snaps images, the Aggressor performs even better than it looks and even experienced hunters will find it to be a powerful tool and a great hunting companion. 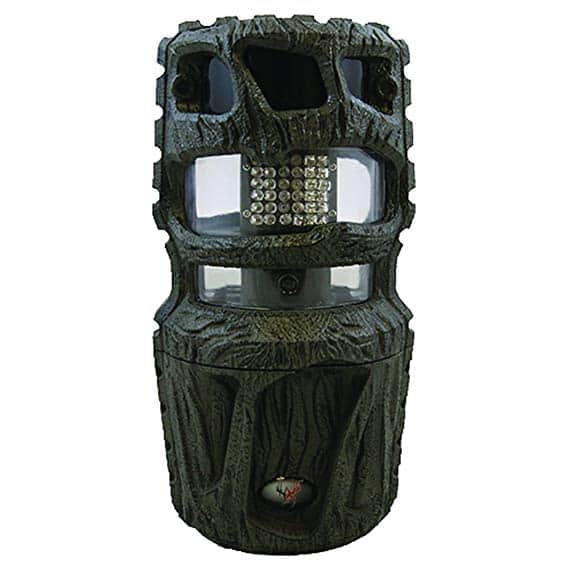 Staying true to their unique name, Wildgame Innovations have come up with a ground-breaking trail camera. The only bad thing about it is – it’s not for everyone’s pocket. However, the high price is most definitely reflected and justified in the design and the performance both. The 360’s strongest feature is the panoramic view option. Since the recorder rotates 360 degrees it allows the user to capture footage in a way they’ve never been able to before.

Simple, yet modern design and ease of use make the 360 the perfect camera for beginners, intermediate and advanced users alike. The device itself features 12-megapixel resolution and the 1.5-second trigger speed, even though not too fast (which is perfectly understandable, considering that the camera rotates), certainly gets the job done. 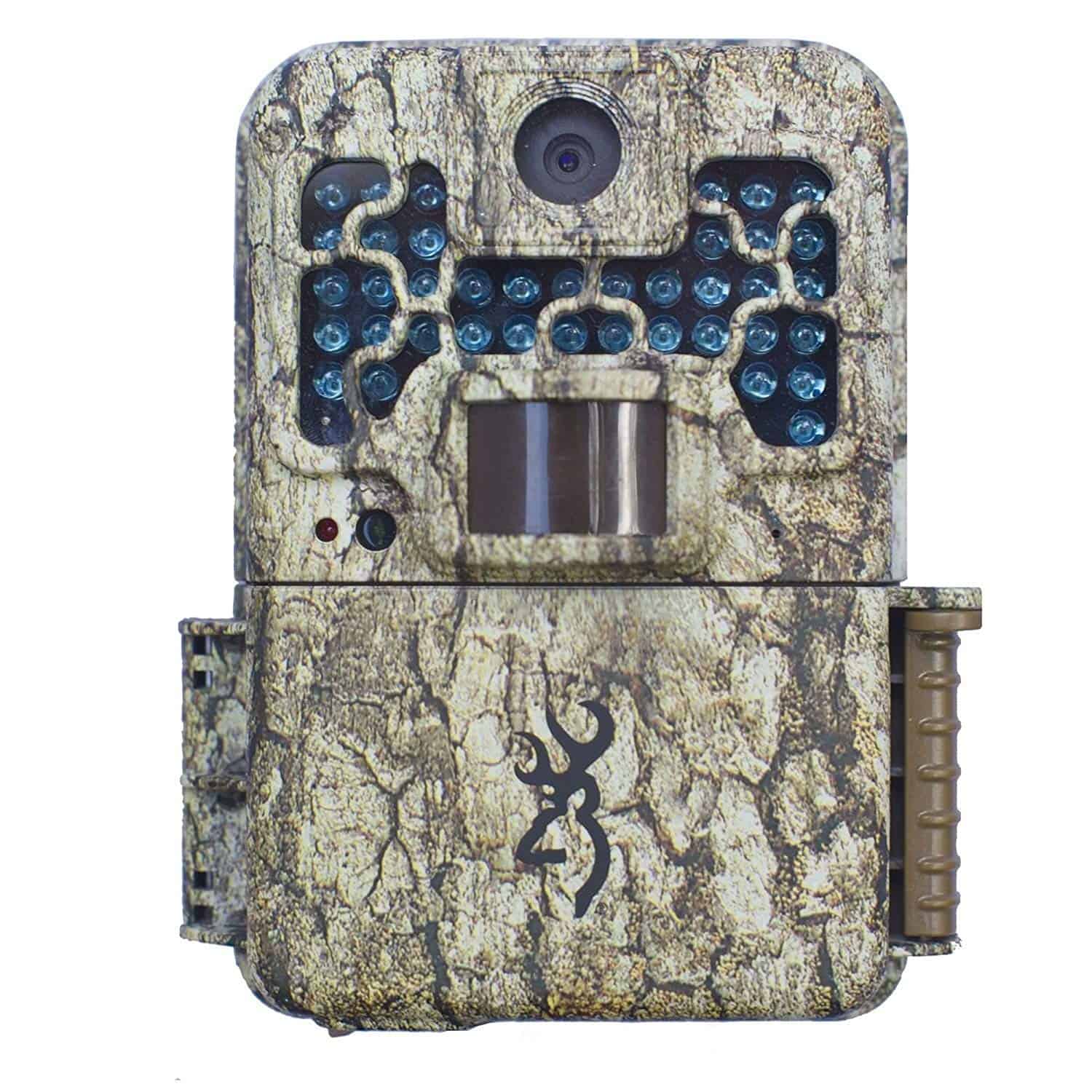 If you’re on a tight budget and looking for a great value for money beginner option, look no further than the Recon Force. This camera is incredibly user-friendly and it generally considered one of the simplest cameras deploy. Essentially, as soon as you turn it on it’s ready to capture imagines. Conceptually a no-nonsense, straightforward device, the Recon Force is, quite simply, the best budget trail camera today, at least when it comes to design. More about performance below.

Equipped with a powerful 10-megapixel camera and IR LED illumination and producing stunning 920 x 1080 HD video, the Recon Force performs wonderfully, capturing beautiful images and videos. However, although close to spectacular, considering the price, image quality is often thought to be this camera’s strongest feature, the fast .067 trigger speed is actually what takes it to another level. Definitely the best game and trail camera for the money, especially for beginners. 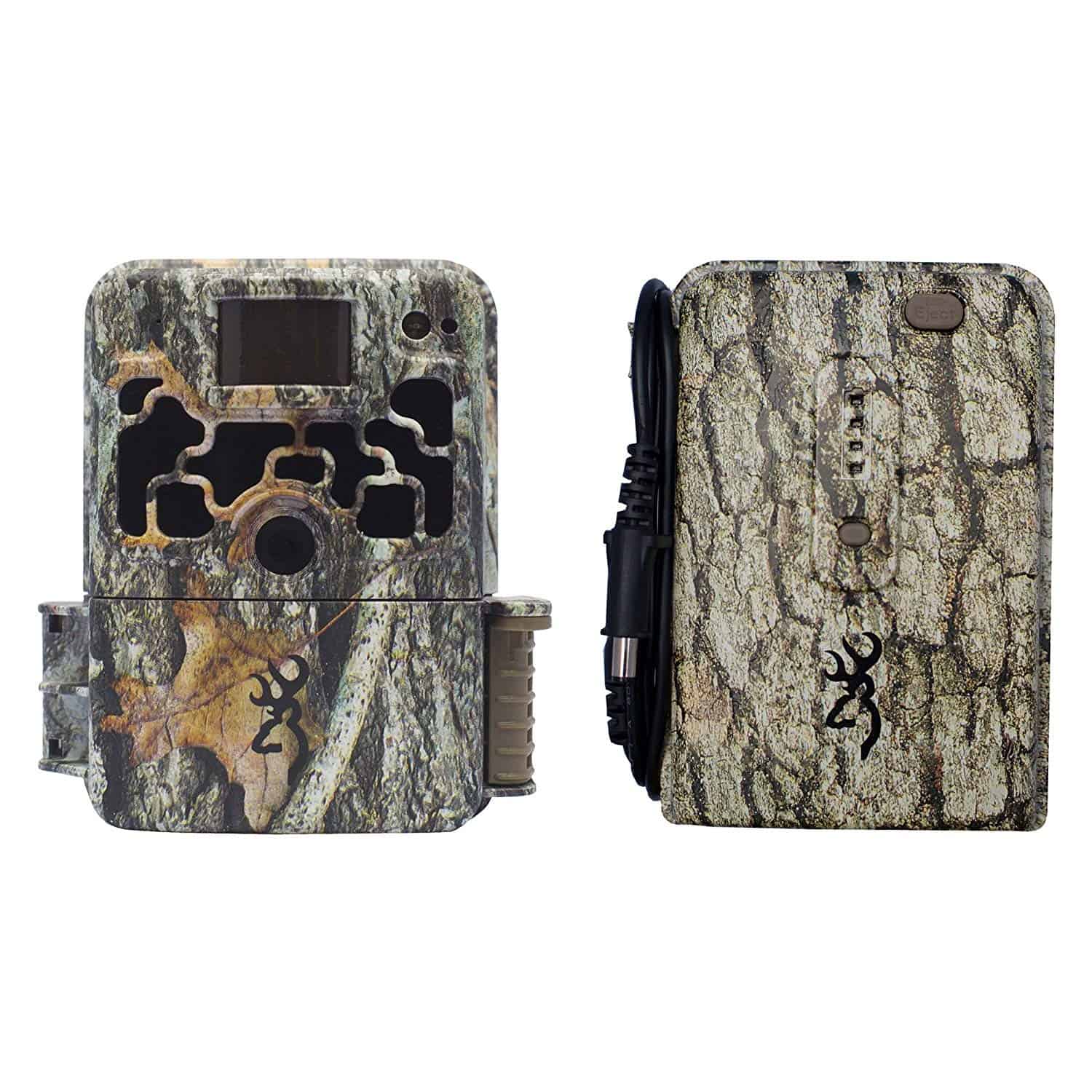 The Dark Ops is a multi-purpose trail camera with a twist. It has deserved its place on our list for a few reasons – it doesn’t cost much, it performs very well, it’s well built and, most importantly (some of our readers will love this) it is the best stealth trail night camera out there. Whether you’re a hunter or just want to record suspicious activity in your neighbourhood, the Dark Ops is the stand out stealth camera from the reviews you'l find anywhere. But what’s so unique about it?

What’s unique about the Black Ops is the fact that this is a no-glow recorder. This means the night flash of the Black Ops is invisible to the human eye. Even if you’re a hunter, concerned about other hunters or even animals seeing the red flash of the camera at night, this little device will definitely come in handy.

With a 10-megapixel resolution and a 0.4-second trigger speed, the Black Ops is a combination of good performance and stealth, army-like features.

Bestok’s compact and unique wildlife Trail Cam deserves its place on our list because it is the perfect trail camera for intermediate and experienced users, looking to try something new. This 12-megapixel camera durable, waterproof and will survive in the wild, no matter what. It can perform in the most extreme temperatures, from -22°F to 158°F.

This is truly an ideal device for experienced users and definitely not something we’d recommend for beginners. It has a ton of useful features, but inexperienced hunters might have a hard time getting a hang of them. One of the things that stand out for this recorder is the price – it is very affordable and definitely won’t burn a hole in your budget. Relatively quick trigger time and great night performance make this Bestok’s model a highly recommended camera for more experienced game hunters.

Now that we’ve described and showed you our 5 best trail camera reviews as promised, we are going to retract a bit and go back to the beginning of our article. Many of you reading this are new to these devices and have no idea what to look for when purchasing one. Granted, there are some more experienced hunters and wildlife-lovers reading this too, but not all of us are tech-savvy.

That is why we are now shifting our focus on things to look for in trail cameras. What makes a “good” game recorder anyway?

Well, like we pointed out in the beginning, personal needs and preferences play a crucial role, but some things like battery life, trigger speed and picture quality must always be taken into consideration. After all, it’s much better to embark on this adventure prepared, than to buy the first camera that seems decent enough.

How to Use a Trail Camera – Tips and Tricks

If you’re reading this, chances are, you’re pretty familiar with trail camera reviews and the way they operate and how they’re used. If you’re not too sure about that either, we recommend you watch the short video below:

*credit to the Simon King Wildlife channel for this video

Even experienced users sometimes overlook important things regarding using and maintaining their cam, that they end up getting short-changed – they end up with useless footage or footage that could’ve been much better and more informative. This is the reason we’ve decided to reveal a few tips and tricks.

There’s so much info about trail cameras out there, that it has become incredibly difficult to determine what’s wrong and what’s not, what’s marketing and what’s genuine, accurate content. We hope our short guide will help you determine what the best trail camera is to purchase for your hunting or whatever you end up using them for. If nothing, we hope it has provided you with some information regarding these devices, perhaps information that you weren’t able to find elsewhere on the web.

Whether you’re looking for a high-end recorder, with stellar performance like the Wild Game Innovations 360, a powerful budget friendly trail cam like the Bushnell Trophy Cam, or the best deer hunting camera, we’ve put the effort into providing some valuable insight and unbiased info, so our readers don’t have to bother with the heavy lifting. We have done it for you!

Feel free to scroll up to the table or the beginning of our article and read through our best trail camera reviews again. We hope our guide will aid you in making the final decision. Always check with us before reaching for the wallet.