What is the Deer Rut? - Catch Them Easy
0

What is the Deer Rut? 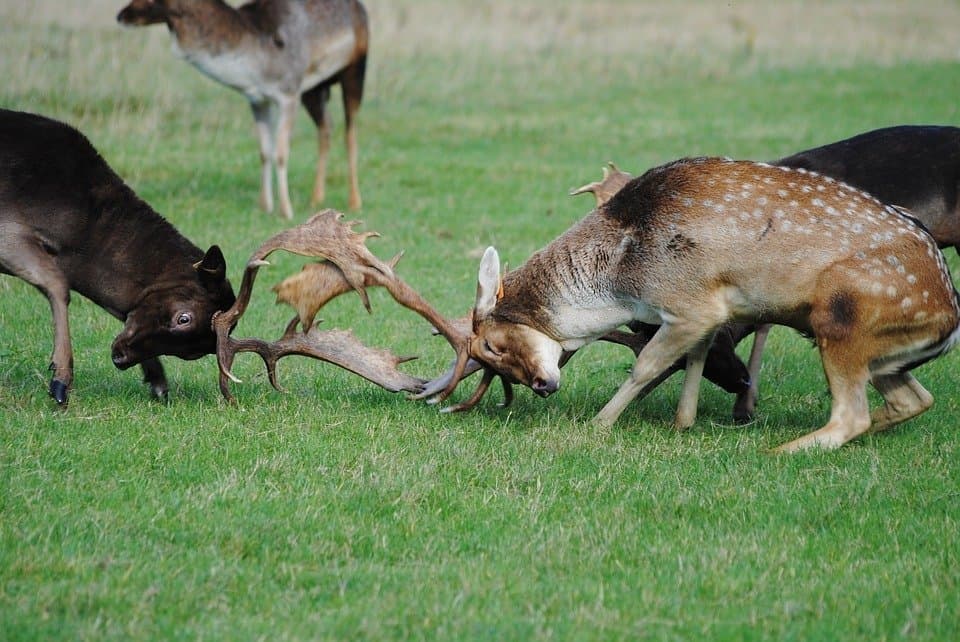 ​In the U.S., the rut is a phase of mammalian reproduction entered into by whitetail deer and other mammals such as elk and moose. The rut occurs generally during the fall and this period is when most of the breeding activity among these mammals occurs and, as most hunters will be aware, it is one of the best times of year to be out on the hunt.

What Causes the Rut?

There is a common misconception whereby people believe that it is colder weather which causes the rut to take place, but this has not been proven as true. Whilst weather does have some impact on the animal reproductive cycle and their movements, the rut is triggered more by the period of time since the last rut and changes in daylight hours.

As daylight hours get shorter and nights get longer, pineal glands in these mammals release hormones which trigger bodily changes and affect the deer’s biochemistry. For example, bulls and bucks will become more aggressive in response to these changes in biochemistry, whereas deer will reproduce.

Whilst there is debate around whether daylight hours have an impact on the rut, with some believing that it plays no role, many professionals subscribe to the belief that daylight hours directly impact on rutting, a notion which is backed up by the fact that the rut takes place around the same time each year and coincides with the female birth cycle.

Signs of the Rut

​During rutting season, the signs are unmistakable. Male deer will rub their antlers against trees and rocks to mark them with their scent, and they also become much more active. This is one reason why rutting season is so popular among hunters; as male deer are more active, they are easier to see throughout the day and thus easier to hunt.

​It is this massive increase in deer movement which draws in thousands of hunters during rutting season, with male deer being more mobile in search of females. It is for this reason that rutting season provides a perfect hunting opportunity throughout the day, but throughout the evening too.

Outside of rutting season, deer will primarily move around during dusk or early dawn which can make ​hunting them more of a challenge.

During rutting season, all of the excess movement undertaken by the deer does have its drawbacks. There is significant strain placed on the bodies of the deer who can lose up to 20% of their body weight during rutting season, triggering a need for the deer to go out hunting for further sources of food for survival.

Hunting During the Rut

During rutting season, your chances of seeing a deer – or bull, moose, and elk for that matter – increase drastically, however, hunting the females is key.

Because male deer are always on the search for females during rutting season, catching a female means you can lure the male deer to your location, as all males within a female deer’s vicinity will be altered to her presence and will come to check out the situation. Throughout the rut, male deer are preoccupied with the desire for breeding and this will generally cause them to throw caution to the wind and more readily approach situations which they would otherwise avoid.

Seasonality in Different Species of Deer

Primarily found in Texas, the fallow deer mates throughout September to November. During rutting season, males will mark their territory, and other male deer will avoid it. Females then join a male in this territory and remain there until birthing.

Generally found in the north-west, Red Deer males and females live separately throughout the year and then come together during rutting season which, for red deer, is October. Red deer let out an audible roar to attract females instead of using their antlers, and it is a handy way to locate males on the hunt during rutting season.

Found throughout the western U.S., their rutting season is during November and December. During rutting season, the males grow antlers and will fight other males for the right to mate with a female. Prior to mating, the male and female play chase games for a number of days. After mating, they will stay together for a few more days before parting ways.