The Difference Between Skeet, Trap, and Sporting Clays - Catch Them Easy
0

The Difference Between Skeet, Trap, and Sporting Clays 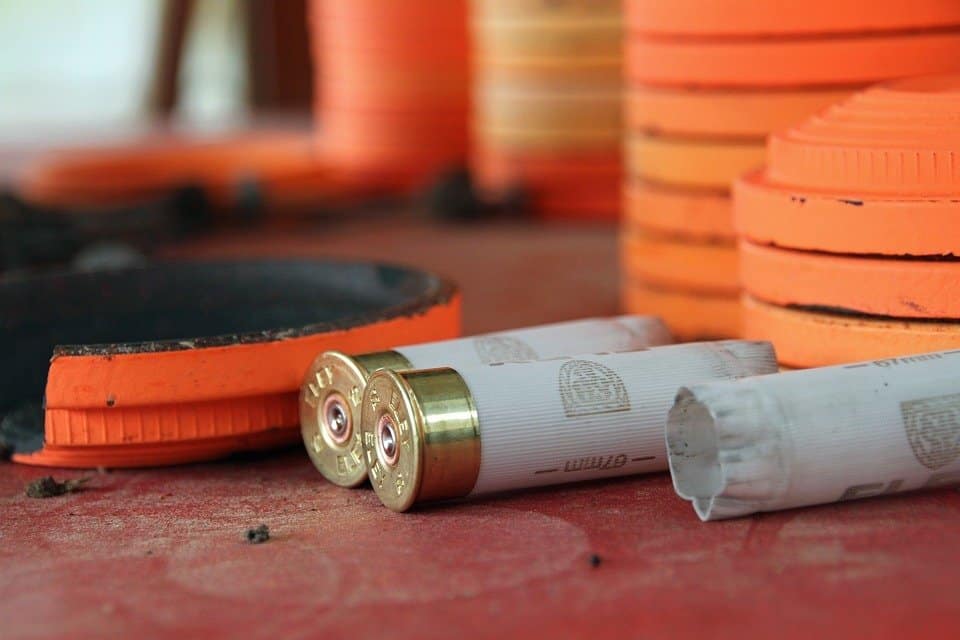 The individual games of Skeet, Trap, and Sporting Clays are all separate disciplines of a sport called Clay Pigeon Shooting which is the art of using a shotgun to break flying targets known as “clay pigeons” or “clay targets.” However, if you are one of those shooters who are confused by the similarity between Skeet, Trap, and Sporting Clays, then don’t feel like the Lone Ranger because you are not the only one! In fact, each sport was originated by a group of avid upland game hunters who wanted a means of practicing their marksmanship during the offseason and thus, each sport is based on actual hunting situations.

However, while the game of Skeet is designed to simulate a busy Mourning Dove field where the birds are flying low and fast and are coming in from several different directions, the game of Trap is designed to simulate a rising Pheasant, Quail, or Grouse while, the game of Sporting Clays was specifically designed to incorporate elements of hunting all types of upland game species. Therefore, many shooters find Trap to be the easiest of the three sports to master with Skeet being somewhat more difficult while, they often find Sporting Clays be both the most challenging as well as the most exciting of the three disciplines.

The Difference Between Skeet and Trap Shooting

​Skeet shooting differs from both Trap and Sporting Clays in that the course consists of a semicircle with two trap houses located on either side and seven shooting stations positioned evenly around the circumference with an eighth station positioned halfway between the two trap houses. In addition, the respective trap houses are known as the “low house” and the “high house” because, although each trap is positioned to launch the clay targets to a point 15 feet above ground and 18 feet outside of station 8, one trap launches targets from 10 feet above the ground while the other launches them from 3 feet above ground. So, according to the rules, a shooter starts at station one and progresses to station 2 where they shoot at single targets launched from the high house and then the low house and then, they shoot a “double” where a single target is launched simultaneously from each house with the requirement of shooting the high house target first.

The game of Trap, on the other hand, has several different variations such as American Trap, Double Trap, and Olympic Trap but, each variation differs from Skeet shooting in that the course consists of a trap house located in front of the shooter and a short arc consisting of five shooting stations positioned an even distance apart located directly behind the trap house with designated ranges from 16 to 27 yards. In addition, the game of Trap commonly consists of three events which are the Singles round, the Doubles round, and the Handicap round and thus, the Singles round consists of 5 shots fired from the closest range at each station at single targets while the Handicap round consists of 5 shots fired from each station at various distances depending on the shooter’s skill level while, the Doubles round consists of 10 shots fired at dual targets from each station at the closest range. Thus, like the game of Skeet, a round of Trap also consists of 25 shots.

Last, the game of Sporting Clays differs from both Skeet and Trap in that it is designed to simulate the unpredictability of live-quarry shooting by presenting the shooter with a greater variety of target trajectories, angles, speeds, elevations, distances, and sizes than either Skeet or Trap. In addition, instead of being confined to a very small area, a typical sporting clays course consists of 35 acres or more with 10 to 15 different shooting stations laid out in different locations over natural terrain.

Also, each shooting station may be located in open terrain or in either sparsely or densely wooded areas in order to present shooters with varied shooting situations and thus, the game of Sporting Clays is often described as "golf with a shotgun". Furthermore, targets are usually launched in pairs and, a pair of targets may be launched as a True Pair which consists of two targets launched at the same time, as a Following Pair which consists of two targets thrown sequentially or, On Report which causes the second target to be launched immediately after the shooter fires at the first target. Therefore, each shooter is commonly presented with six to ten shots at each station with a total of 50 to 100 shots composing a round.

But, what really differentiates Sporting Clays from Skeet or Trap is the fact that many different hunting situations can be simulated by combining various speeds and angles with different types of clay targets and thus, shooters may see targets crossing from either side, coming inward, going outward, flying straight up, arcing high in the air, launched from towers or, rolled along the ground.