What Does It Mean When You See a Cardinal Bird? - Catch Them Easy
0 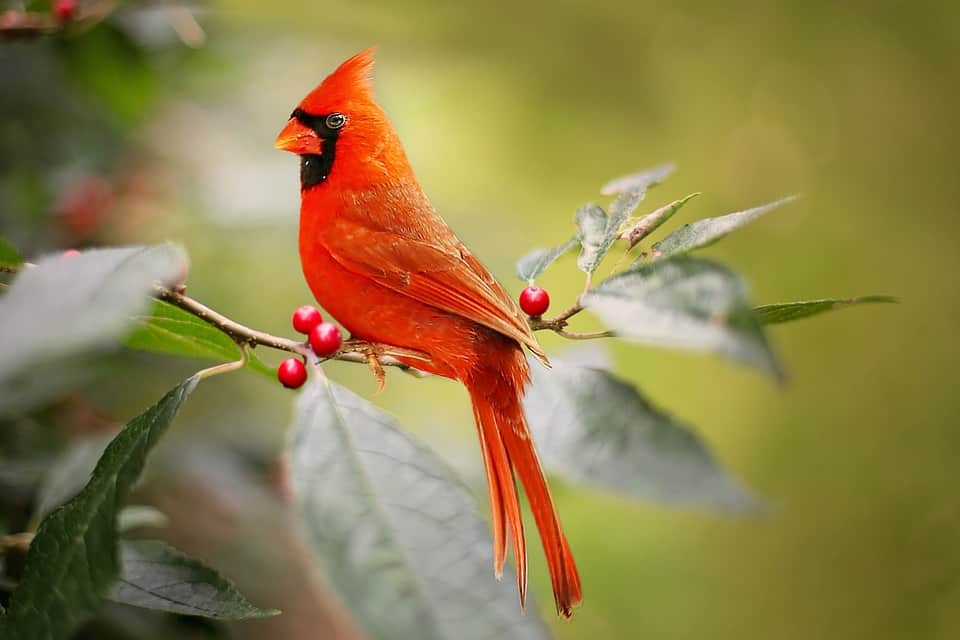 Often the first bird of the morning to feed, as well as the last at night. The red cardinal is also known as the northern cardinal, the redbird, the common cardinal, or even just as cardinal. But whatever you call them, their sighting is wrapped in tradition and myth.

The sighting of a red cardinal can be associated with rebirth or renewal, good health, and happy relationships. But the most common myth is that the bird is a visitor from the other side coming to check up on you.

But First What are Some Immediate Facts About the Red Cardinal?

The Origin of the Name

The name cardinal was chosen by American colonists as a reference to the red-gowned papal figures of the Vatican in Rome. The world cardinal has also become associated with a certain shade of red. But the root word of cardo means hinge in Latin. In the Vatican, the cardinals act as a sort of hinge. Many important jobs such as electing a new pope are beset upon their shoulders.

As State Bird and Mascot 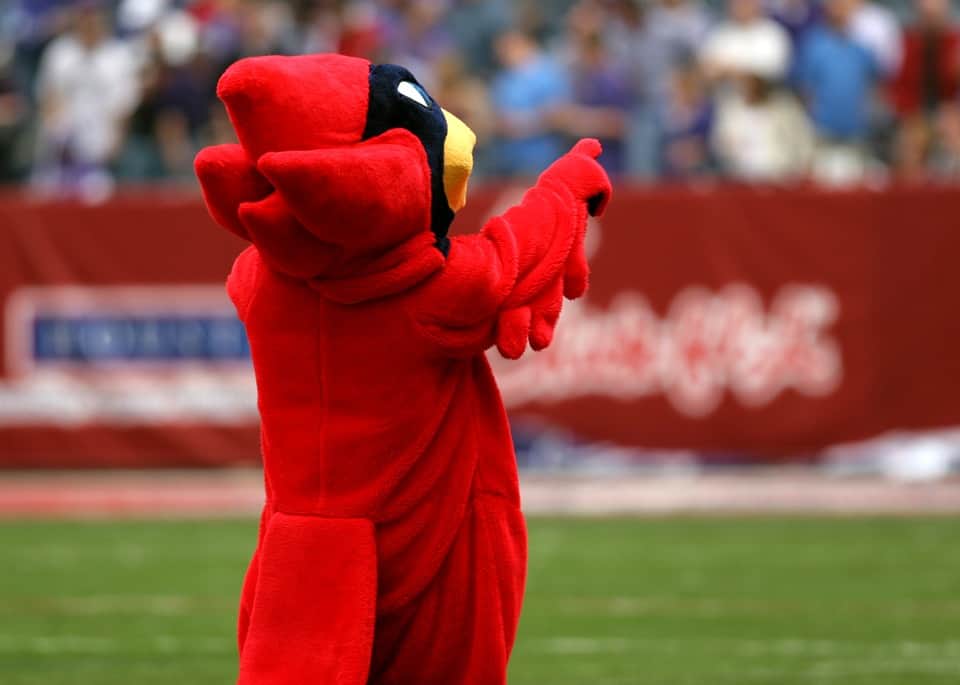 The red cardinal is the official state bird in seven states: Illinois, Indiana, Kentucky, North Carolina, Ohio, Virginia, and West Virginia. It holds this title more than any other bird. They were also runner up for the title in Delaware but lost out to the Delaware Blue Hen. The cardinal is also a popular mascot for many universities and sports teams.

As a territorial songbird, the red cardinal has quite a distinct sound. The male of the species has a loud, clear call used to defend his territory. He will use it to chase off other male birds that want to enter his space. The cardinal’s song patterns are learned, so birds in different regions sing different songs. But generally, both sexes sing tonally clear, whistled melodic patterns, which are repeated a few times before becoming more varied.

The red cardinal is unique in contradiction to many other songbirds. It is a non-migratory species, meaning it stays in the same habitat for all seasons. This also affects its mating patterns, as it is a monogamous bird, and couples stay in pairs year-round.

Back to the Myths

As stated above, the most common myth regarding red cardinals is that they are a visitor or loved one from the other side and/or a messenger from the spirit world. This myth has surrounded for hundreds of years since the first settlers arrived in what is now the United States. But there were myths associated with the bird even before this.

Many Native American Traditions have their own sacred traditions and meanings about what they simply referred to as red birds. For instance, in Cherokee myth, the sun gave birth to the first red bird, making the cardinal her daughter. At the same time, in Choctaw lore, cardinals are associated with relationships. They are often a sign of rough times and/or relationship status changes.

In Native American shamanistic traditions, the cardinal is unitized as part of the medicine wheel. The basic concept of the wheel is made of four sacred, or cardinal directions: north, south, east, and west, and four sacred or cardinal colors: red, blue, black, and white. Red is the color of the east and the red cardinal bird the creature of the east, carrying words spoken in that direction directly to the spirit realm.

In some indigenous traditions, the cardinal is associated as a guardian or sentinel. In others as an indication of change, sometimes in the weather or of leadership. But regardless of meaning, nearly all indigenous tribes of the northeast hold the bird in high esteem and plays an integral part in their belief systems.

In Western and Colonialist Traditions

To the early Americans, as well as to many Americans today, the cardinal represents a visit from the spiritual realm. It could be a dead loved one checking up on you. They usually show up when you most need them, during times of despair and of celebration. But the initial myth was based on something else.

In western Christianity, there are seven archangels. Four of these angels, named Gabriel, Uriel, Raphael, and Michael, are known as the Cardinal Angels. They are known to have dominion over Western Abrahamic tradition. Whole countries, cultures, and traditions are thought to fall under their sway as they provide divine inspiration and protection from evil. Visits from cardinals were traditionally thought to be visits from representatives of these four angels.

What is the Significance of Sighting a Cardinal in a Dream?

Just as sighting a cardinal in real life is considered a sign of importance, as is sighting one in a dream. Although many of the meanings are the same or similar to actual visual sightings, generally there is a feeling that cardinal sightings in dreams is even more related to change in one’s personal life.

This means it could represent the beginning or end of a period of life or relationship. It could be a message pushing you in the right direction, away from dangerous paths and towards where you really belong. In historical American monastic thought, it is not uncommon in the context of a dream for a cardinal to morph into an angel or dead loved one. Or for an angel or dead loved one to morph into a cardinal upon departure.

Regardless of your own personal beliefs and expectations regarding the sighting of a cardinal, there is no playing down the bird’s importance in our collective American culture and lore. It is important to notice and pay attention to them when you see them. And you can see why they have become so wrapped in mystique. Just on an immediate and literal level, the bird is beautiful and fascinating, and always a sight for sore eyes.

What Does It Mean When You See A Blue Jay?

Best Type of Weapons You Could Use in Hunting that Most People Would Forget
Top 5 Best Hunting Shows On TV Of ALL Time
Top 10 Etiquettes When Hunting in 2020
What Does It Mean When You See A Blue Jay?